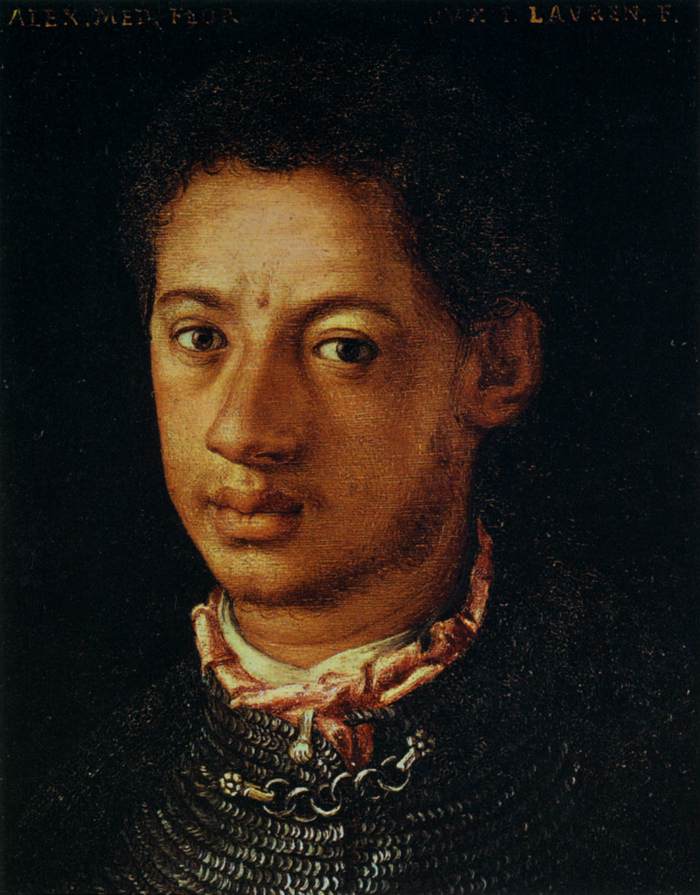 Born in Florence, the exotically handsome Alessandro de’Medici was recognized as the grandson of Lorenzo “The Magnificent” de’Medici. His portrait, painted by Jacopo da Pontormo in 1534-35, hangs in the Uffizi Museum, Florence.

Some scholars believe Alessandro was the love child of Simonetta da Collevecchio, a servant of African descent who worked in the Medici palace, and Giulio de’Medici. Alessandro was named Duke of Florence, and then ruler. He served in a tumultuous era and was murdered by his cousin, Lorenzo “The Bad” de’Medici.

In general, the Medici’s were a pasty lot, and sometimes kind of crazy. Diversity in the royal Italian bloodline was a good thing. Alessandro was strong-featured and striking.