But Did He Go to Jared? 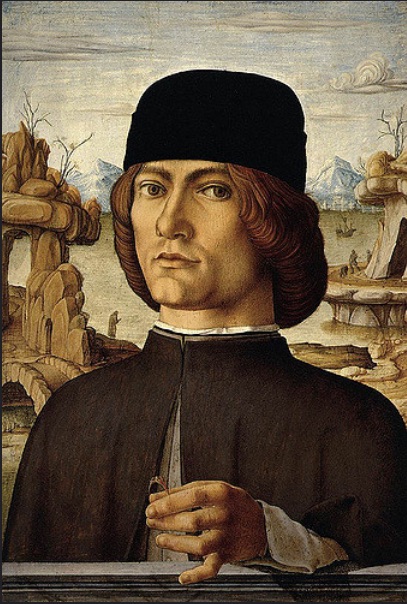 June is the traditional month to get married. And so today we feature Portrait of a Man with a Ring. The portrait was created by Francesco del Cossa around 1472-77 and sits in the Museo Thyssen-Bornemisza, Madrid. Del Cossa was an early Renaissance artist specializing in frescos. This oil panel is a rare example of del Cossa’s work as a portraitist.

The identity of the handsome man is unknown. Perhaps he wished to have his portrait painted as a record of his engagement, which would explain the ring.

The  young man looks proud of his ring, obviously taking his role of finance seriously. I hope she said yes.

Now he needs to work on the honeymoon. I hope he wasn’t planning on taking her anywhere near that weird background. It looks like an Italian version of Stonehenge back there. Note to groom: Druids meandering around the resort are a total mood killer.